After a recent letter-writing dinner by NYC ABC for Zolo Azania, we received the following update.
“A little knowledge that acts is worth infinitely more than much knowledge that is idle.” –Kahlil Gibran

A firm clenched fist salute to you! Greetings to you and all the good people there. i hope and trust when these few lines come to hand they will find you, and all the hard-working people, in the best of purposeful energetic health and positive, progressive spirits. For many of you, it is been quite sometime since you have heard from me directly but well-wishing thoughts of you have been with me constantly.

On March 6, 2012, i was transferred to the Miami Correctional Facility because prison officials said that my security level had dropped. That is their way of saying that i am less dangerous. Nevertheless, i hated being at that camp. It was a highly petty place, far away from my home base of support. i was not allowed to do any painting while there. In fact the administration officials took all of my canvases and paints, but they gave my brushes to me. So what sense did that make?

On October 17, 2013, i was transferred from the Miami County prison to this minimum security unit called Indiana State Prison Outside Facility (I.S.O.). It is located outside the walls of the state prison in Michigan City. i had not received prior notice that my transfer from Miami to I.S.O. was approved at Indianapolis D.O.C. [Department of Corrections] central office before it happened. In theory I.S.O. is supposed to be a minimum security unit, but it is actually a type of work-release facility. i have not obtained a time-cut since 2011. Had college not been taken out of the prison system i would have been getting out of prison on February 8, 2014. Nevertheless, the fact of my presence here is a clear indication that i am closer to walking out the door to physical freedom to continue to struggle for total liberation and a higher meaning of justice. It is about time that i should be freed after more than three decades in these death chambers called ‘prisons’ and confinement.

My federal habeas petition is still pending. i have been waiting for a ruling for three years. Judge Mooty is taking his time and in the meantime i am still doing time– serving out this illegal sentence. i am serving the 14 year term now.

Recently, last year, an electrified, barbed wire chain link fence, topped with coils of razor wire was erected around the building where i am held. I.S.O. not only has a fence around it, but the back of the outer perimeter is marked by a 30 foot wall and gun towers! This brick building is a two-story dormitory with a prisoner population of nearly 400. i think that something is illegal about the fence, because, according to statutory law Ind. Code § 35-38-3-6(d), “a minimum-security assignment constitutes an assignment of a convicted person to a work-release center or program, to intermittent service of a sentence, or to a program requiring weekly reporting to a designated official. Assignment to minimum-security need not involve a penal facility.” 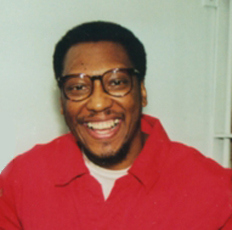