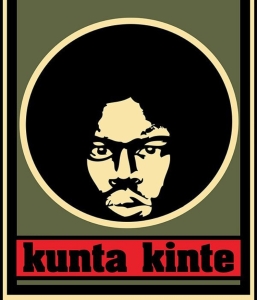 When Judge A. (for Absalom) Nelson Waller, 73, turns on his television set each night this week to watch “Roots,” the dramatization of Alex Haley’s novel of his black family’s history, he does so with more than the casual interest of the average viewer.

Waller’s ancestors, no less than Haley’s are part of the story. The judge’s ancestors were the plantation owners who bought Haley’s great-great-great-grandfather, Kunta Kinte, on the slave block in Annapolis and bent him to a life of bondage on land that the Waller’s family still owns two centuries later.

Waller, a stocky bald man with the disposition of a playful bulldog, isn’t sure whether he likes the story or not. Like almost everyone else here, where an important part of the drama took place, Waller views the program with intrigued detachment. “That’s all part of history, just like the Battle of the Wilderness or the Second World War,” he said. “What I can’t figure out is how come I’ve been minding my own business for 70-odd years and none of you newspaper people called me up until now.”

“Roots” is the biggest thing in years to hit Spotsylvania, a trapezoid-shaped county of woods and farmland near Fredericksburg about 60 miles southwest of Washington. “Everywhere you go people talk about it,” said Bob Woods, principal of Spotsylvania County Senior High School.

Mary Randolph Corbin, a history teacher at the high school said her students have been very interested in the program, which “came at a good time for us since we were just finishing the Civil War. The students get excited when they see Spotsylvania on the screen – it gives them a point of identification.”

Corbin and Martha Frye, another history teacher, said the television series has triggered almost daily discussions and debates in their classes about slavery and how it worked. The most interested students, they say, have been academically motivated black students for whom “Roots” has proven an intellectual exercise as well as one in cultural awareness and pride.

“But some of the less academically motivated blacks can’t deal with it,” said Miss Frye, who is herself black. “They take it (the televised portrayal of slavery) very personally, as if it were still going on. Whenever I see they can’t deal with it I stop the discussion and go on to something else.”

Those few young blacks aren’t the only ones in Spotsylvania who have difficulties with “Roots” and its portrayal of slavery. Miss Frye said some of her own relatives, remembering how they have only recently, after much turmoil, gained significant civil rights, see such explorations of slavery as pointless and possibly dangerous. “When they’re asked about it, they just say ‘so what? What’s the point?'”

In addition, several older callers to a “soundoff program” this week on WFVA Radio in Fredericksburg voiced concern that exposure to “Roots” could be a divisive blackwards step in a Southern community that likes to think it has put racism behind it.

“It’s designed to stir people up,” said one white woman who called in Wednesday. “There’s no compassion shown among the whites. That’s all in the past now and we’re not very proud of it.”

Another caller, apparently black, said, “Blacks have already gone through the stage of wondering about the past. We know how it was then. We don’t want to get in arguments. We just want to educate everyone black and white.”

Benjamin Cole, 73, a black retired sawmill worker who lives not far from Judge Waller near the community of Partlow, remembers hearing his grandfather tell him about slave days on the Waller family plantation.

“I remember him saying they had to turn a pot over a hole in the door when they were praying so the master couldn’t hear them,” Cole said. “They weren’t supposed to be praying and, if they got caught, they got whipped. Cole, however, hasn’t watched “Roots”; He says he can’t stay up that late.

Julia A. Thompson, 84, remembers her grandmother telling about “being auctioned off on a block in Charlestown, W. Va.” before arriving in Spotsylvania as a Waller slave.

“She said a bell was ringing and the man was saying she was a good cook and what fine a baby she had in her arms,” Mrs. Thompson said, “She had a baby in her arms!”

Mrs. Thompson said her grandmother, who died about 1904 at the age of 100, spoke of slavery without bitterness. But when yound blacks would complain about anything, she would smile and say, “You don’t know what hard times are. You all are living on the flowery bed of ease.”

One person’s memories in a rural Southern county like Spotsylvania tends to run into another’s, as do their lives.

Judge Waller, who, as General District Court judge here for more than 30 years, claims he “knows everybody in the county and likes them all, black, white or pink,” thinks of Cole as friend and recommends him as a source of slave time memories.

Mrs. Thompson’s daughter-in-law, it turns out, does housework for the judge.

Waller himself, who can trace his roots back to his ancestors’ on the English side in the Battle of Agin-court but doesn’t spend much time doing so, has his own memories of slavery as they were told to him by older whites.

His great-great-grandfather, Edmund Waller, was a brother of both John Waller, who owned Kunte Kinte when part of his foot was cut off, and William, who was outraged by that act and bought Kinte as a result.

Waller thinks “Roots” on television is a little heavy in violence (“although I’m sure there was plenty”). He is also mildly annyed by depictions of the slave owners as lazy-minded rustics.

“They were far better educated than average men today,” the judge said. “They knew Latin and Greek and they read it with ease.”

Other residents of Spotsylvania, including the callers to the radio station have hooted at the program’s distortion of the topography of largely flat Spotsylvania, which, on television, has mountains towering in the background.

Once mostly a farming area known primarily as where Stonewall Jackson fought and died, Spotsylvania Cunty today is almost a suburb of Washington. In the past seven years its population has nearly doubled from 16,000 to about 29,000 – roughly 20 per cent whom are black. Its growth has been caused in part by the influx of developments and homeowners to the North Anna area around a huge nuclear power generating station being built by the Virginia Electric and Power Co. on the county’s southern border.

As he sat at his desk in the Spotsylvania County Historical Museum and Bicentennial Headquarters, Waller described how he was raised by a black nurse and had black playmates. He remembered working in the corn fields with blacks.

“And about three in the afternoon when the sun was hot, they’d all start singing,” Waller said. “You couldn’t even hear the corn being cut.”

Judge Waller said that “Roots” has spurred his curiosity to find out more about the slave Kinte and where in Spotsylvania he is buried.

“I think I know,” the judge said. “There’s a slave cemetery back in the woods our way. It’s all grown up. My wife and I found it one day when we were out shooting squirrels. I’m going to check around down there and see.”

Kunta Kinte was real & yes he is buried in Spotsylvania, Virginia. I actually live about five minutes away from the plantation he lived on & the field he is buried in on what is now Wallers Rd in Partlow, VA. Ask the Wallers whose ancestors owned a 5,000 acre plantation where Kunta Kinte lived. I would like to know if he has an actual grave site. The original plantation house still exists at the end of Wallers Road.

Kunte Kinte’s grave is located at what is now Loriella Park in Spotsylvania Virginia. In the back of the park there is a frisbee golf course, and off in the woods by the second hole there is an old slave cemetery. It is not specifically marked as the grave of Kunta Kinte…but it is widely regarded by locals of the area to be the location of his grave. 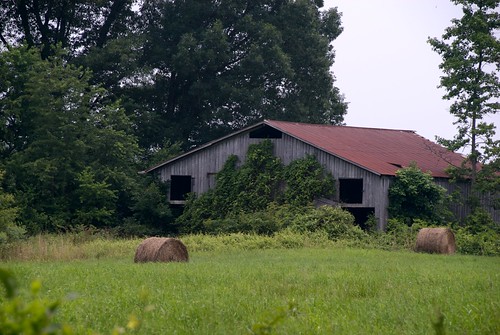