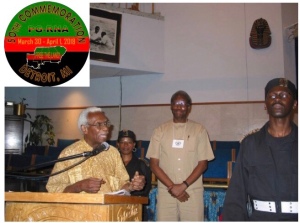 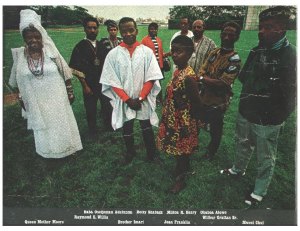 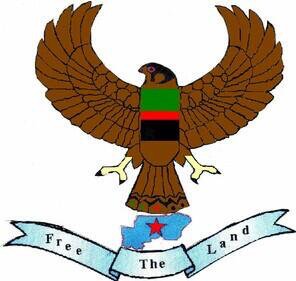 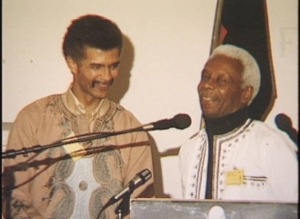 Dr. Imari A. Obadele, Ph.D the New Afrikan Elections and beyond!

Free The Land!!! In 1969, a Newsweek magazine poll of Afrikans in the Northern U.S. showed that 27 percent of Afrikans under age thirty (and 18 percent of those over the age of thirty), wanted an independent Afrikan state.

Many of us including Dr. Imari. A. Obadele, Ph.D have greeted friends and each other with these words. To a conscious New Afrikan the words have a meaning understood throughout the New Afrikan Independence Movement.

To better clarify this i’m going to “quote” from the 442 page Dissertation, written by Imari

Abubakari Obadele, entitled NEW AFRICAN STATE-BUILDING IN NORTH AMERICA; A Study of Reaction Under the Stress of Conquest. It was submitted to the Temple University Graduate Board 2 May 1985, and Accepted by the Graduate Board of Temple University in partial fulfillment of the requirements for the degree of Doctor of Philosophy 5/15/85. It has a Part I & Part II, consisting of X chapters, and a Selected Bibliography.

Chapter X, State-Building, and Counting summarizes the major findings of this dissertation, and it reviews the course of the modern movement for an independent New African state. It covers examples of “State-Builders and State-Transformers”,along with “Builders of An Independent New Africa.” “Marcus Garvey was a New African state-builder”…… “in 1940 the independent state-builders were being led by a small, determined thinker and organizer named Elijah Muhammad.”….“It was Minister Malcolm X, national spokesman for the nation of Islam who undertook to fashion the method whereby the goal of independent statehood could be achieved.

In November 1963 this brilliant, angry New African freedom fighter appeared as guest speaker at a rally in Detroit given by the Group On Advanced Leadership (GOAL). The rally was part of a conference called ‘The Grass Roots Leadership Conference’; Malcolm’s speech was called ‘Message to the Grassroots’.”….

“The Republic of New Afrika: In 1968, men and women in Detroit who had been part of Malcolm X’s non-Muslim support group and who had provided the forum for his landmark Message To The Grassroots speech, having formed the Malcolm X Society, called in Detroit, a nationwide Black Government Conference. The two-day conference, to consider whether to form a provisional government to petition the United Nations and lead an escalated struggle for independence, was attended by 500 people, many came from the East, Midwest, and California.

When the convention adjourned on Sunday evening, March 31, 1968 the participants announced four portentous results:
1. A Provisional Government had been elected for a black state to be created from the Black Nation…..
2. The black state to be built from the Black Nation had been named The Republic of New Afrika. ….
3. The Five States of Louisiana, Mississippi, Alabama, Georgia, and South Carolina had been identified as
the subjugated National Territory of the Republic of New Afrika and….
4. The main purposes of the provisional Government were (a) to educate the people about the existence of the Government and their absence of any valid citizenship in the United States, and (b) to free the land, the subjugated National Territory.

“Thus the New Afrikan state – – the Republic of New Afrika– – having been brought into existence by the Provisional Government, and while yet still subject to the forceful control of the United States over much of the Republic’s national territory in Mississippi, is yet a state continuing in existence. (The law is very clear, as we have seen many pages ago, in not insisting that a state, to be a state, must be fully independent.) The parts of New Afrika have not disintegrated; the Government is out of Mississippi but still has conscious citizens there, and the Government functions and has regular elections, and many people throughout the land hold their primary political allegiance to the Republic of New Afrika. New Afrika has not been absorbed into, nor has it identified with ‘some other State or nation’. Nor has New Afrika suffered ‘the absolute and total dissolution of the ties which bind the society together’.”

As Dr.Obadele concludes: “But the available evidence, arrayed in this dissertation, also makes clear that the effort of New Africans to build and independent New African state in North America has not ceased. Its leaders and workers, manning the Provisional Government of the Republic of New Afrika, have seized on the New International Law Regime, which makes revolution for self-determination and independence possible by peaceful means but legitimate by any means, to effectuate independence for New Afrika. Its leaders see important opportunities.”

So here we are today, over forty years into the Independent State-Building struggle, the New Afrikan Independence Movement (NAIM)! Dr. Obadele’s goals are the goals of all New Afrikans; his writings are like a “pilot-light” to our furnace of Revolutionary Fire. This coming October 3 – 4- 5, will mark the fourteenth (14) tri-annual Provisional Government Elections. One of the purposes of the Provisional Government is to win/gain “State -Power” for the New Afrikan Nation. This power is needed if we are to Free The Land!

Holding elections gets our Nation prepared for an eventual “Plebiscite”, which must occur before any true Independence and Reparations settlement.
This election year, the New Afrikan Population Districts that are participating and providing location(s) for New Afrikans to vote on Friday, Oct.3, Saturday, Oct.4, and Sunday Oct. 5, 2008 are:
New York City – – St. Louis, MO
Memphis, TN – – Philadelphia, PA
Jackson, MS – – Miami, FL

A Black Nation – a New Afrikan nation – exists in the United States. It began forming during colonial days, after 1660, when the Black Codes were instituted. It was fully evolved by the time of the Civil War in 1861, two hundred years later. We have common culture, common perspective and values, and group identity, and common gene pool, derived from our distinct group history. We are “New Afrikans” because We, an Afrikan people, evolved from not one but several Afrikan nations and have some Indian (Native/indigenous) and European genes, melded during the course of 200 years, between 1660 and 1861.

Those seeking independent statehood began once more in 1968. Three years after the assassination of Brother Omowale, Malcolm X, led by his inspiration and teachings, his followers in the Malcolm X Society lead over 500 Black activists at a national convention of our people. The Provisional Government of the Republic of New Afrika (PG-RNA) was formed and brought into exstence on March 30-31 of that year and announced a parliamentary strategy for winning independence. They issued a Declaration of Independence of the Black nation; named it RNA; formed a Provisional Government [“Provisonal” means “temporary” or, in this case, “pre-independent], with officials elected in Convention; created basic law and adopted a constitution, “Code of Umoja” (revised); identified and designated the Five States of Louisiana, Mississippi, Alabama, Georgia and South Carolina as the New Afrikan nation’s National Territory [subject to agreement with the Indigenous People]; under a mandate the PG-RNA set as its main purposes and goals: to free the oppressed Black nation in North America making it even more independent than Canada, for those of us who want this; to win Reparations from the United States. PG-RNA cadres aim is to educate people about our existence as an oppressed, colonized nation and our right to self-determination; our right to “Free The Land” (our battle cry); and to create by an independence plebiscite (a vote of the people) an independent Black nation-state, to be held first in the counties of western Mississippi and the parishes of eastern Louisiana [the Kush District], in accordance to U.N. General Assembly resolutions.

The People’s Center Council (PCC)– Congress, National Legislature or Parliament is made up of District Representatives from PGRNA electoral districts across the U.S.A.