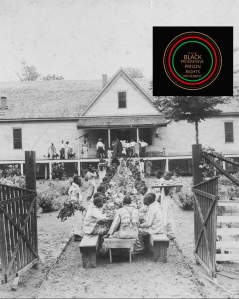 Located about 100 miles south of Memphis in the Mississippi River Delta, the birthplace of the blues, Mississippi State Prison in Parchman, Mississippi, has become as much a historical landmark as it is a penitentiary. It’s about 30 miles from where Emmett Till was murdered in 1955, and surrounded by uninhabitable swampland.

The Pride of Mississippi

The history of Mississippi State Penitentiary is a history of failed reforms. Its creation in 1901 was borne of a statewide shame and frustration at the contemporary system of convict leasing, writes David Oshinsky, historian and author of “Worse Than Slavery: Parchman Farm and the Ordeal of Jim Crow Justice.”

In the Reconstructionist south, states’ coffers were empty, prisons destroyed, and their former free labor supply was emancipated. Many southern states, including Mississippi, began arresting almost exclusively young, black men on charges ranging from laundering to larceny to murder. Some were legitimate, but many more were fabricated or embellished. The state began leasing the prisoners to wealthy contractors, who would further sublease them to companies.

“The convicts, under convict leasing, would do the kind of work that free labor would not want to do. In other words, the work a white worker might not want to do,” Oshinsky said.

Under convict leasing, the inmates were essentially slaves again, Oshinsky said. They worked long hours for no pay, were poorly fed, and slept in tents at work sites doing dangerous jobs like dynamiting tunnels for railroad companies and clearing malarial-filled swamps for construction. Convicts, sometimes including children under age 10, were whipped and beaten, underfed, and rarely given medical treatment. Oshinksy writes that between 9 and 16 percent of convicts died yearly in the 1880s.

But poor whites began to resent the system that drove wages down for free workers. In 1904, Mississippi elected a new governor – James Kimble Vardaman – who aimed to reform the system, in part to benefit the lower-class whites. Parchman’s first year of operation was in 1905. It was massive, remote, and modeled after a traditional southern plantation.

Convicts worked six days a week, lived in barracks with no separation or classification by crime, and were often subject to punishment by a whip referred to as “Black Annie.”

Parchman was originally comprised of three separate farms: a small farm, which was maintained by white convicts, a smaller one farmed by women (mostly black), and a huge sprawling plantation for the prison’s black convicts. Over 20,000 acres and 46 miles, it was intended to be self-sufficient and profitable for the state, and it was.

Convicts, called gunmen, picked cotton under the watch of the most violent offenders, who were given guns and called trusty-shooters, or trusties, Oshinsky said. Hogjaw and Kinnie, the trusties Ward writes about in “Sing, Unburied, Sing,” were also real men; in 1947 Hogjaw was pardoned for killing an escaping convict. The farm was profitable; in 1918, Oshinsky wrote that the prison had a net revenue of $825,000, or about $800 per inmate.

In 1911, The New York Times ran a sprawling spread in the Sunday edition which heaped praise on the prison.

“The pride of Mississippi, however, is the ‘Parchman Place,'” the article read. “Actually instances have been known of when negroes were turned out of the penitentiary, given a new suit and $10 in money, they would not want to leave and would inquire if there was not some way by which they could stay there.

“The pride of Mississippi, however, is the ‘Parchman Place,'” the article read. “Actually instances have been known of when negroes were turned out of the penitentiary, given a new suit and $10 in money, they would not want to leave and would inquire if there was not some way by which they could stay there.”

But the reality, says Oshinksy, is that Parchman was nearly uninhabitable. Convicts worked six days a week, lived in barracks with no separation or classification by crime, and were often subject to punishment by a whip referred to as “Black Annie.”

Parchman Farm stayed this way, more or less, for the next 70 years. Cotton picking became mechanized and the state instituted some small reforms. A relatively impotent parole board deferred to the superintendent, Oshinksy writes, and small vocational and educational programs excluded black prisoners. A maximum security unit with a guard tower, fences, and gates housed individual cells, a gas chamber for executions, and a solitary confinement wing.

The origins of Parchman Farm reach back to the fall of the Confederacy. In 1865, the 13th Amendment abolished slavery, and from one day to the next, the population of free blacks in Mississippi nearly doubled. To whites, especially those with money and power, this posed an existential threat.

“The plantation owners, as best they could, wanted blacks to return to the same place as they had been as slaves,” said historian David Oshinsky, whose book “Worse Than Slavery” details the creation of Parchman. There was one exception in the 13th Amendment that gave plantation owners an opening: The protection against enslavement didn’t extend to convicted criminals.

It took the Mississippi Legislature less than a year to pass a series of laws designed to subjugate African-Americans anew. Known collectively as the Black Codes of 1865, the laws used an expansive definition of vagrancy to criminalize all types of people: beggars, jugglers, drunkards, night-walkers and “all other idle and disorderly persons” who neglected their work or misspent their money. The Black Codes made it easy to run afoul of the law, and law enforcement used them to systematically arrest African-Americans. Before long, the population of black lawbreakers in Mississippi surged.

But there was no prison system to accommodate it. The state penitentiary in Jackson had been torched by Union troops in 1863, and it had only really housed white prisoners anyway — black slaves had been disciplined on the plantation by their masters. “No time … to stay in jail; they had to work,” one freedman explained at the time, according to Oshinsky.

In post-emancipation, pre-Parchman Mississippi, the state needed a way to contain its new convicts. So it started leasing them out as laborers to plantation owners, railroad builders, lumber titans and the like. In exchange, these private companies paid a small fee to the state and covered the convicts’ cost of living.

“They needed a workforce,” Oshinsky said. “The best workforce and the cheapest workforce they could get were convicts who were being arrested for largely minor offenses and then leased out for $9 a month.”

The convicts were kept in horrible conditions. Their leaseholders could treat them even worse than slaves because they cost less to replace. They underfed them, left them to sleep outside while chained together and forced them to work endlessly long days. If a convict escaped or died — and they did — another one was sent in. This cheap and inexhaustible labor supply became a major profit-driver for big businesses. Soon, the state of Mississippi decided to get in on the action.

“There were two reasons for Parchman,” Oshinsky said “One was money-making and the other was racial control. They went hand in hand.”